“If you have only a couple of days to visit Tibet, this 4 days tour will give you a general impression of Tibetan culture in a short visit to main attractions and the handicraft center, especially the typical Tibetan palaces and monasteries in Lhasa, and pave the way for your revisit in the near future. We cordially invite you to join us!"

Day 1: Pick guests up from either Lhasa Gonggar Airport or Lhasa Railway Station to the hotel. Day 2: 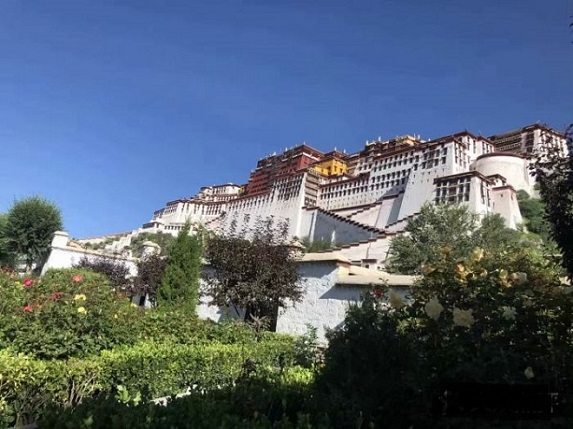 ☝ The Potala Palace Located on top of the Red Hill (Mapo Ri Mountain) in the northwest of Lhasa city, the grand spectacular Potala Palace stands for the most sacred place to the Tibetan. Initially built in the seventh century by Songtsen Gampo, the magnificent Potala Palace has involved into the biggest integrated palatial architecture in Lhasa combining palaces, castles and temples. Inside the Potala Palace, it has frescos, pagodas, statues, thangkas, Buddhist scriptures, silver and gold objects, porcelains, enamel wares, jade, silk brocades, diamonds, jewelleries and uncountable treasures and relics to catch your eyes; outside the palace, it has countless troops of faithful pilgrims to blow your mind. A hike to the top of the palace gives you the chance of an amazing bird's eye view of the whole Lhasa city. 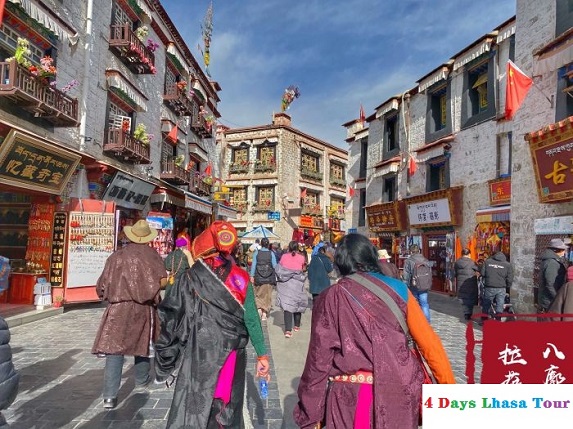 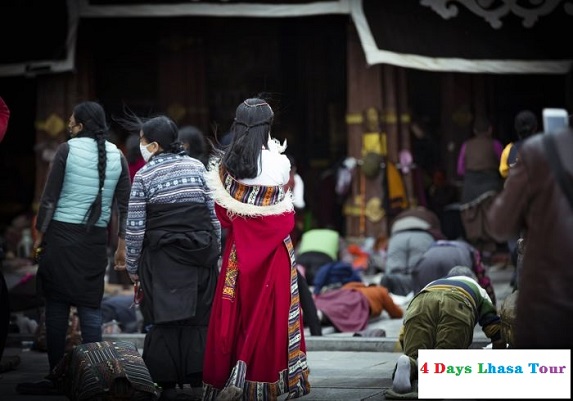 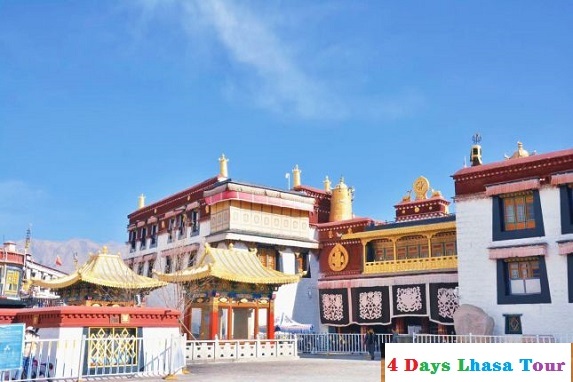 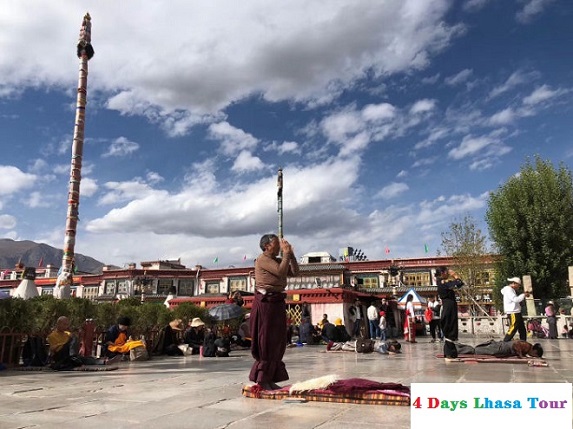 ☝ Tibetan Pilgrims Are Making Prostrations on the Jokhang Square in Lhasa Kowtow is a ritual that is often practiced by Tibetan Buddhists to express their loyalty and respect to the Buddha. There are three types of Kowtow rituals to the pilgrims, of which, the long kowtow is known as the most pious pilgrimage which can take months to years to complete through the journey of thousands of miles the longest. 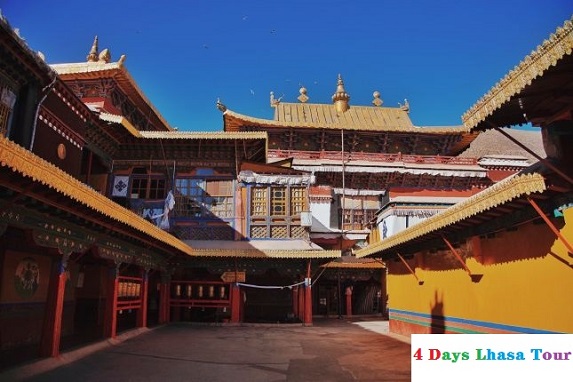 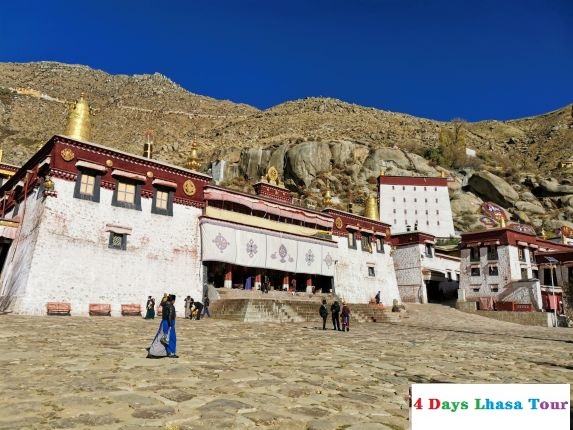 ☝ Sera Tibetan Monastery Sera Monastery is another great monastery of Gelug university of Tibet. Sera Monastery has been a holy place for the eminent monk and the living Buddha to teach sacred texts of Buddhism since the ancient times. 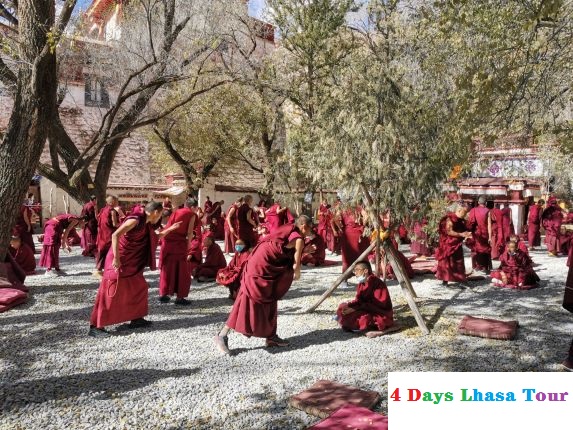 ☝ Debates at the Sera Monastery The monastic debate at Sera Monastery is a must see cultural landscape to many people visiting Lhasa. With the history of more than six hundred years, the debate on Buddhist philosophy at Sera Monastery usually starts at 3:00 pm Monday to Saturday. 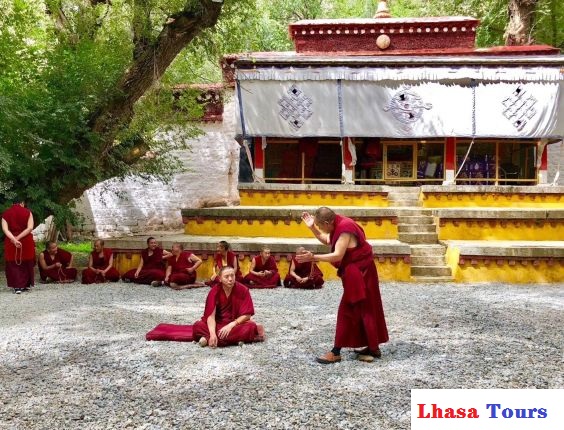 ☝ Debates at the Sera Monastery At Sera Monastery, the Buddhist doctrines are taught in the morning. Afternoon "debate" is another learning method for monks to better understand what they learned before. During the debate, the defender sit on the ground to accept the subject proposed by the questioner(s). Vigorous gestures are used to enliven the atmosphere such as clapping hands, loud screaming, bringing the two hands together and etc. Each gesture is said to have its own implication. 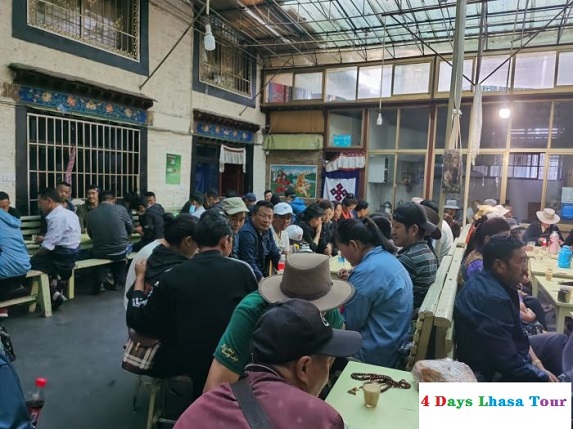 ☝ A Tea House in Lhasa Tea house is one of the most popular places that the Tibet likes to go. The small space of the tea house is always crowded with guests as tea has become the part of Tibetan life style. With a pot of butter tea, a guest can stay here all day long. Come here to taste the real flavor of Tibetan.

We are an award winning agency and we have been working in Tibet inbound travel industry since year 1984. We are now capable of organizing more than 5,000 international tourists to Tibet annually. Here are some good reasons why you should choose us:

We care your travel experience. To boost quality interactions between the tour guide and tourists, the tour groups we organized on average have 10 members each. During the trip, based on the itinerary we will try to stop at all wonderful sightseeing points for you to shoot the photo.

Experienced driver, well conditioned tourist vehicle with oxygen supply to make the road trip safe and comfortable; The fingertip blood oxygen meter is available for guest to check health condition at anytime needed; Travel insurance offers you and the family maximum protection; Well-selected restaurants provides safe and clean food according to your flavor; We understand you need a similar environment as you staying home, though the poor facility in Tibet, we do our best to offer clients hotels with 24 hours hot water, good locations, western style breakfast, heating in winter as much as possible; Sleeping bag is available upon request for guest joining in the Everest Mountain tour.

Through out the tour, we will show you around tradtional Tibetan Buddhist architectures, entertain you with local food on the welcome dinner, visit Tibetan Buddhist sacred places, witness Buddhist practice, take you to the market, tea house to have more chance to interact with local people, learn arts and crafts from the Tibetan Handicraft Center. The tour brings you an amazing experience of the diversified culture of Tibet.

Other Tour Packages You May Have Interest

For people who would like to spend longer time to explore Lhasa as well as the whole Tibet Autonomous Region to see the beautiful nature scenery such as green grasslands, snow mountains, fantastic flowing glaciers and the grand canyons with blue sky and white clouds in a more in-depth way, we have guided tours of Tibet for all kinds of interests. Some of these Tibet holiday tour packages are 6 Days Lhasa to Namtso Holy Lake Small Group Tour, 8 Days Lhasa to Everest Base Camp Tour, Mount Kailash and Manasarovar Lake 15 Day Adventure and etc. We can also make tailored itineraries and offer custom tour as per your request. Please contact us for more Tibet Vacation packages by sending an email to service@chinatrainguide.com.