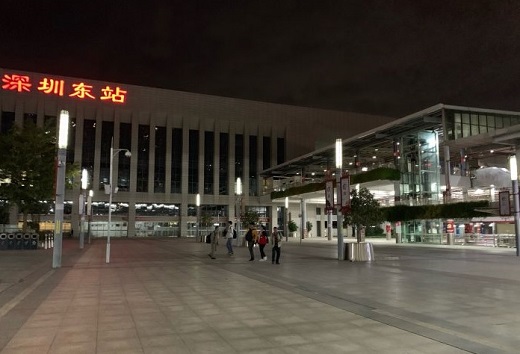 🚇 Getting here by Metro: Shenzhen Metro Line 3 and Line 5 stop at Buji Station (布吉站). Passengers are advised to leave from exit B of the metro station to walk directly to Shenzhen East Railway Station without making any detour. 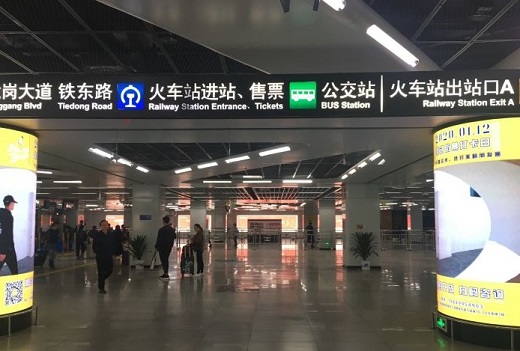 ☝ Guide signs in Shenzhen Buji Metro Station. Shenzhen East Railway Station has three floors, the arrival hall is on the underground floor, the platform floor is on the ground floor with ticket office locating at the east side and the waiting rooms are mainly located on the second floor. Passengers to take taxi please follow the guide signs to find the taxi waiting place on the underground floor of the east square. Shenzhen East Station has very few shops and resaurants inside, travelers please have necessities such as food, drinks, toilet paper ready before you go here to take the train.

There are quite several methods to travel from Shenzhen Bao'an International Airport to Shenzhen East Railway Station. Passengers can choose an ideal one from the followings.

From Shenzhen Bao'an International Airport, passenger can take Shenzhen Metro Line 11 and alight at Futian Station and change to metro line 3 to go to Buji Station. Travel time is about 70 minutes and price for regular ticket is CNY 9 Yuan and price for business class ticket is CNY 23 Yuan. Driving distance from Shenzhen Bao'an Airport to Shenzhen East Railway station is about 42 km and driving time is about 1 hour. To take a taxi, it costs about CNY 150 Yuan.

Have you ever traveled to Shenzhen East Railway Station? China Train Guide encourage you to share your travel experience and review their service here to help others to travel smartly. You can also leave the question here to get fast response.